If you hate cold calling, you’re not alone. Even among top salespeople.

Learn how and why it works and see several examples.

I’ve been meaning to write this post for years. And a video I recently received from George Schramm of RPM Mortgage in Carmel and Danville, California finally tipped me.

So many successful salespeople I’ve met through BombBomb hate making cold calls. For some, “hate” is too soft a word.

Interrupting people at inopportune times. Getting more voicemail than ever. Not getting calls back. Defensive, guarded, and even aggressive postures from those who do pick up. There’s not much to love.

In a video, George told me: “BombBomb and video messaging has eliminated cold calling from my life.”

So, let’s watch his video, then walk through some tactics to bring death to cold calls (even if you love them).

Send Video to Warm People Up Instead of Cold Calling

What George Says about Sending Video

“BombBomb has definitely changed my career.”

“I hate cold calling more than anything in the world.”

“I appreciate everything you do and I thank you for changing my business.”

How To: Sending Video Before Calling

Record and send video to people with whom you’d like to connect. This could be a new lead, a non-responsive lead, a mutual connection, or someone else.

From here, you have two options:
1) Follow up shortly thereafter with a phone call or 2) Wait for BombBomb to tell you the email was opened and/or the video was played.

If you’re going to do the former, mention in the video email that you’ll be following up by phone. If you get voicemail, mention that you sent a personal video to their inbox.

If you’re going to do the latter (RECOMMENDED), turn on live, real-time alerts before you click “Send” in BombBomb.

Turn on Notifications in Quick Send (“Save as Default” so it applies to your mobile sends, too):

When you see they’ve opened the email, you know you’re top of mind. It might be a great time to place the call.

Better yet, when you see they’ve played the video, you know their attention is available. You might open an email during a meeting or during some other activity. But you’ll play the video only when you’ve got the ability to direct your attention to it.

Why It Works to Send Video First

Convenience: Record and send video on your time. The person on the other end receives it and watches it on his or her time. There’s far less imposition than a live phone call.

Connection: By seeing you in a simple, personal video, they’re going to feel a bit like they know you before they ever speak with or meet you. The conversation starts in a different place.

Reciprocity: It’s harder to reject a real person than it is to delete a text email or even a voicemail. Again, they feel a little like they know you. At worst, there’s an obligation to respond. At best, there’s a respect and interest.

Results: In a recent BombBomb survey, 81% of people reported more replies and responses when sending video emails instead of traditional emails. It works.

Here are 4 examples of video emails sent by George to connect with people he’d never met.

Again, he hates cold calls, so he sends video to warm people up. He uses the analytics to let him know when the video’s been played, then places a warmer call.

In this example, George reached out to a few people involved in the transaction with a video email follow up. The two gentlemen mentioned mid-way through are two real estate agents who he’d never met in person.

As he describes it: “Normally this would have been an uncomfortable cold call, but coming off the heels of a ‘played video’ the call became warm. Both agreed to meet with me next week.” Example 2: Reach Out to a Top Producing Real Estate Agent

Typically, it would be difficult to connect with this agent by calling cold; he’s incredibly busy and is a top producer in the region.

George led with this video email instead. CLEVER: he used the news of a transition from one brokerage to another as the reason for the send.

“Once I saw he played it, I called him right up. The call went great and he loved the video.” Example 3: Reach Out to a Real Estate Agent with Mutual Connections

George recognized that he had several mutual connections with one of the stars of Million Dollar Listing San Francisco. Because he’d never spoken with him (and because of his aversion to cold calls), he sent this video email to open up the conversation.

“Once I saw him play it, I called him on the phone. We met, I helped him get 2 listings, and now we talk daily.” 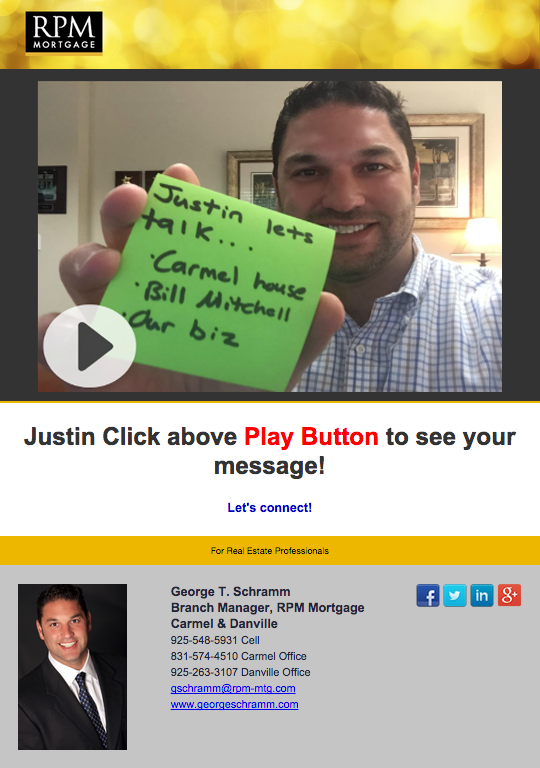 Example 4: Prospecting – Reaching Out to a Cold Lead

We’ve all got them in our databases – leads who’ve gone cold. Again, George went with video, rather than a phone call to warm this opportunity back up.

“It worked. We re-engaged and we’re starting to get it rolling again.” 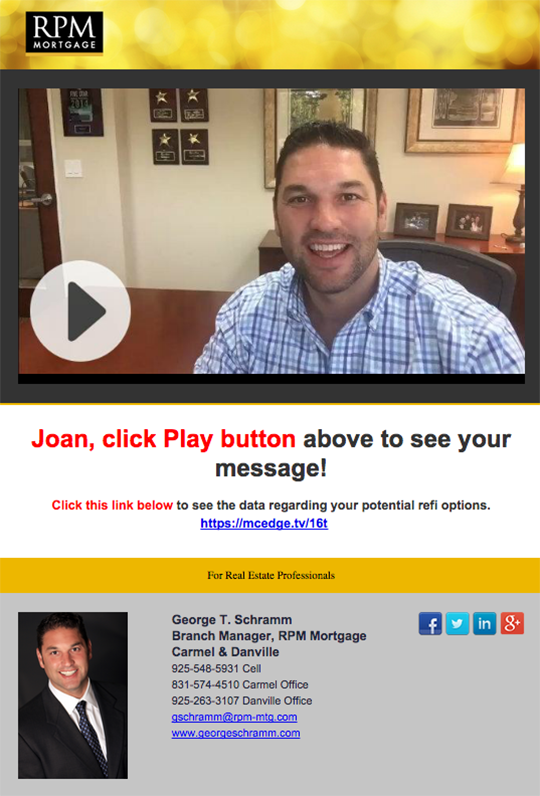 What We Can Learn from George’s Video Email Examples

Give his tactics a try. They work. And they’re fun.

Anxious about Recording Video of Yourself?

That’s common. You may need to send a few videos before you get comfortable – practice builds confidence and confidence builds success.

And check out our free guide, “Overcome Your Fear and Start Winning with Video,” for tips, guidance, and examples.

Click here to try video email free for 2 weeks. Unlimited video sending to up to 50 people with access to all BombBomb tools and features. No credit card info required.

It’ll warm people up – and can follow up once they open your emails and play your videos. 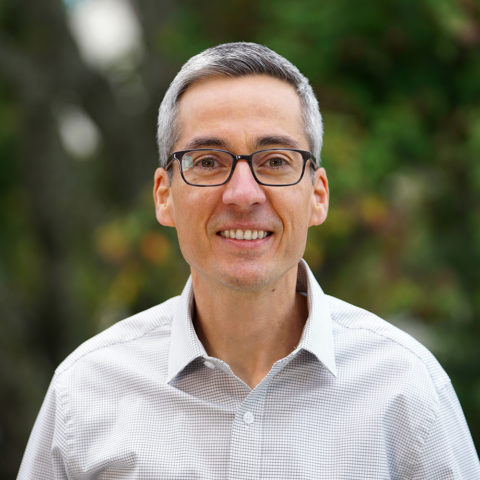 Real Estate | Success Stories | Tips and Training | Ways to Use Video Production: When and Why Not to Bother

Success Stories | Tips and Training | Ways to Use