We all start out at least a little uncomfortable on video. We worry about the weird way our hair sticks out or the way our mouth moves when we talk (which we had never noticed before recording our first video!). It’s completely normal — and human — to feel squirmy and self-conscious when getting started with video.

But some people face an even deeper anxiety: They worry they will be judged, underestimated, or even dismissed because of fundamental aspects of their person.

It could be someone who is decades younger — or older — who is concerned their ideas might not be taken seriously. Or someone who has a tremor or palsy who thinks others might doubt their capabilities. It could be a person of color whose expertise has been dismissed in the past because of the color of their skin. Or it could be someone who worries that if others can detect their sexual orientation, they won’t want to work with them. Studies in the field of neuroscience demonstrate how humans begin to form subconscious biases from the time we are very little. Our brains are information machines. They gather millions of pieces of data and then categorize them into patterns of meaning so that we can make quick decisions. And, whether we like it or not, these patterns influence our perception of people based on things like body size, ethnicity, gender, disability, and age.

These biases, whether implicit or explicit, conscious or unconscious, can have considerable consequences, especially in the workplace. According to a Yale University study, scientists looking for lab managers rated male applicants significantly more competent and hireable than female applicants…who had the exact same resume as the men. (And, notably, both male and female participants in the study exhibited this bias.)

And a 2003 University of Chicago study indicated that job applicants with “white” names, such as “Greg” and “Emily,” compared to stereotypically African-American names, such as “Jamal” and “Lakisha,” were 50% more likely to receive an interview.

Knowing these biases exist, it can feel safer to hide behind the anonymity of plain, typed-out text. Why subject ourselves to judgment when we might be able to escape these biases, at least at first?

Regina Lewis, Ph.D., has a doctorate in the field of Educational Leadership, Research and Policy, and has trained dozens of companies, from the aerospace industry to youth-centered nonprofits, on unconscious bias.

“Know the value you add,” coming from a different background, Lewis recommends.

She suggests people develop not just a curriculum vitae, otherwise known as a resume, but also a cultural vitae. Your cultural vitae is your cultural life — those unique things you bring to the table because of your background. As an African American woman, Lewis believes she brings a certain verve to the room, an energy that is unique to who she is. She also knows that she can bring emotion and passion, based on her cultural life, that might be missing in some boardrooms.

And your cultural vitae goes beyond race.

This cultural vitae will be unique to each individual. Develop an understanding of yours, and be confident in it. People need the unique value that you bring.

Try this: Make a list of five personal and unique ways you bring value.

Tap Into the Magic of Vulnerability

When Angela Ferris, an Onboarding Manager who helps BombBomb customers get comfortable on video, was given an opportunity to present on stage in front of a crowd, Ferris grappled with overwhelming anxiety. Many fear public speaking, but Ferris’ dread stemmed solely from her body image — a fear that people would judge her for her body size.

“There was a demeaning taunt in my head saying, ‘No one is going to accept anything you have to say.’”

But she notes that this anxiety about perceived imperfections is something we all have — in some form — and that’s what can connect us.

“If I embrace that anxiety as a thread that connects me to other people, I am tapping into the magic of vulnerability,” Ferris says. “I am engaging my courage. We all have insecurities, and in that way, we’re united.”

Here’s Ferris on being a vulnerability superhero:

It’s this exact vulnerability and courage, not your perfection, Ferris says, that pulls people into your message and makes you relatable. That voice in Ferris’ head was proven very wrong when, after her talk, she could barely keep up with the people who wanted to connect with her.

Try this: Think of a time you were vulnerable and it helped people relate to you more deeply. Before recording a video, reflect on this to build your confidence.

Erik Huffman, Ph.D., who is the Director of IT at BombBomb and a cybersecurity expert, believes our orientation in using video — and in life in general — should be one of putting care for others before our fears.

“Operate with care before fear,” Huffman says. “If you let fear dominate, it’s going to be a primary focus. Being African American, I can’t walk around thinking that way. Operate as yourself, be authentic, and let reactions lie wherever they lie.”

Try this: Before recording a video, picture the person you’re communicating with. Center your message on them and how you can help them.

Huffman encourages people who experience bias, “Keep your head high. It’s an unfortunate reality of the world. If people don’t want to work with you because of how you look, you don’t want to do business with that person anyway. Just keep pressing forward.”

Pressing forward is exactly what Todd Burleson, BombBomb’s Partnership Manager has done. When he started with video, he feared people would be able to discern that he is gay and not want to work with him. It’s still a thought that can weigh on him.

“I worry they’ll think I’m ‘less than’ because they can tell I’m gay. I worry, ‘Will they take me less seriously?’”

But Burleson has now recorded and sent 3,000 videos. He said the key for him was practice and getting feedback.

“I’ve shown enough videos to other people who say they’re good and say I’m natural. That feedback has made it super easy,” Burleson says. “I can record a video and not watch it back. I’m not concerned about the response.”

Try this: Record a few videos and ask a colleague or trusted friend to watch and give feedback.

Encouragement from others has been key in using video for Michelle Self, a BombBomb customer who works in sales. Self had Bell’s Palsy when she was in her 20’s, which resulted in permanent nerve damage in her face. She can’t always control the muscles affecting her eyes, eyebrows, and mouth.

When she heard her team was going to start using video, she felt like banging her head on the desk. She worried people would judge her immediately, seeing her face in the video preview. What made the difference for Self was the uplifting comments of her boss.

“She told me that people don’t notice the same things I do; she reminded me that we’re our own biggest critic.”

Now Self has been using video messages for a few weeks and has had only positive feedback and interactions from it. Customers she’s worked with in the past have enjoyed getting to finally “meet” her, and no one has mentioned her palsy. She realizes that video is effective and strategic.

“After getting over being scared and judging myself, using video is a no-brainer,” says Self. “It’s a valuable tool and a great asset.”

Try this: If you’re struggling with how others might perceive you, reach out to a trusted colleague — who is good at being a cheerleader — to talk about your fears.

Determine What Makes You Most Comfortable on Video

Each person will have a different experience and make different decisions on what will make them comfortable on camera.

For Burleson, he realizes that he reflexively lowers the pitch of his voice to sound more similar to many of the CEOs he sends videos to. Nana Ofori Adu-Krow, a Product Manager at BombBomb, says that to be comfortable on video, he has invested in cameras that adjust to his darker skin tone, so people can read his facial expressions better than a standard camera allows. Lewis recommends that you understand the body politic of the situation you’re entering so you can appropriately navigate video messages.

“For me, I might code switch how I speak — going from a casual register to a more professional register,” Lewis says. “At the same time, don’t lose who you are. When you bring together your professionalism and your expertise, with a little bit of your authentic self, it draws people in.”

The Power of Video

What Burleson and so many others have experienced is the power of video to connect us. In a recent video conversation with a potential business partner, it came up that he is part of the LGBT community, and the woman shared that her son had recently come out to her.

“I started crying. She started crying. We cried together and just connected as humans. I sent her some wedding pictures and got this response: ‘I’m so honored to be partnering with you.’”

That’s the power of vulnerability and relationships.

Burleson concludes with some encouragement:

“There’s always a possiblity of walking into the world — going to the store or being in a meeting — where they may be some element of discrimination. Try to put that fear aside and be strong. You can’t live in fear. You have to forget. Just keep recording and keep sending.”

Each of us has a unique and beautiful cultural vitae. Be confident in who you are, and be vulnerable enough to make those meaningful, human connections. 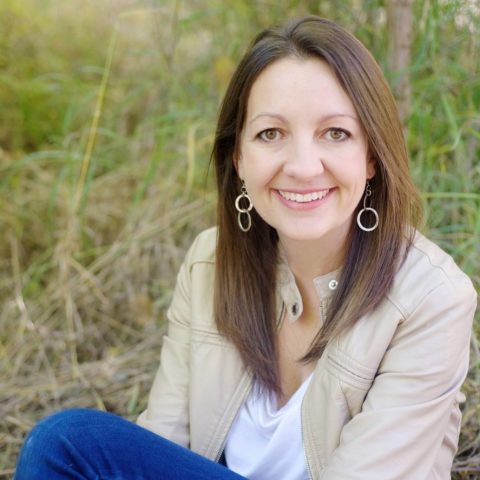 Amber Van Schooneveld | About The Author Mortgage Podcast Roundup: 9 Easy Listens For Every MLO to Thrive (Even in a Tough Market)