On September 14th, we broadcast episode two of our BombCast live video series.

The BombCast gives you a quick, 20-minute video show delivered live twice per month on our website, Facebook page, and YouTube channel. We’re showcasing sales professionals of all kinds who are using video every day and unpacking their best tips and strategies to create more meaningful relationships and increase sales.

Our second episode featured Paul Balzotti, of John L. Scott Real Estate, in Bellingham, Washington and was hosted by hosted by our VP of Marketing, Ethan Beute, and VP of Content Development Travis Saxton.

If you would like to watch the episode, it’s embedded below.

If you’re short on time, we’ve recapped key questions and times of each of these question in our post below!

The BombCast promises and delivers a few key takeaways in each episode. Of course, many more valuable ideas emerge along the way.

Below are the three key takeaways from episode two.

At the 1:05 mark, Travis jumps right in to his first question: “Considering that a real estate tech epicenter is right in your back yard, you really need to elevate your game. How do you do this?”

Paul explains how both RedFin and Zillow are major in Washington, and there’s a lot of pressure if you want to be a top producer on paying for leads. Paul mentions that he’s always wanted to attract people to him, and speak with warm leads instead of cold-calling. To do so he uses reviews, blogs, and primarily video to attract people to himself and his personality.

At 2:10, Travis shows one of Paul’s most seen videos, “A Day in the Life of a Realtor.” Travis then asks Paul to take us through the video and explain how he humanizes himself in this situation.

Paul explains how this is the third profile video he’s done. He’s used a profile video over the last ten years and consistently changed his video out every couple years. He mentions how there are so many agents out there and all of them have bios and photos, but not very many of them have videos. Having a video is separating yourself from the pack.

Paul also talks about how he had a hard time determining the type of video he wanted to use. He mentioned that his first video was a hard sell, and didn’t feel natural. He eventually decided on his “Day in the Life” video because it was more personal, and showed his family and his “why,” to help his potential clients emotionally connect with him before they actually met him.

At 7:25, Ethan brings up community videos, and shows us a clip of Paul’s video called “Bellingham, Washington. Reasons to love this city!” Ethan then asked Paul why he created this, and what the project itself really looked like.

He explains how he believes that the three most important types of videos for real estate agents are testimonial videos, profile videos, and community videos. “My community video gives me the best return on investment. This video has been giving me leads, and improving my business” Paul explains. Ethan adds that the video already has 3,000 views after only a few months being online!

Paul then states how people that he’s help purchase a home for have reached out to him organically after searching the city, and finding this video! And it was very inexpensive for him to create – he hired a college student to film and edit the video – and supplemented some of the shots with stock photos and pictures from his iPhone!

Paul also shares the details of his promotion plan for the video at 13:28 seconds.

At 14:43, Ethan asks Paul what he does when he has buyers that he’s working with both in and out of town that he sometimes can’t show a home to because of schedule conflicts. Paul will send them a BombBomb video, to help them get a feel for the home and the neighborhood. We see a clip of one of his videos, and then, Travis asks him to describe his process.

Paul recommends getting a phone with a wide-angle lens to help with this process and allow the buyer get the best feel for a place (there are attachments you can get for your phone if you don’t have one.)

Next, Paul explains how major BombBomb has been for his business. Before using BombBomb, Paul would try to record a video for someone, upload it to dropbox, and send the video, which could sometimes result in them missing the link or not understanding the process. Now, he can just create and send the video straight through the app, and even track to see if people have opened the email, watched the video, showed it to their family and friends, excreta! With this process, Paul has sold three homes sight-unseen in the last six months.

Ethan closes us out to tell us about the next BombCast episode which will be premiering September 28th at 2pm EST, with Special Guest, Chris Brown, of Certified Mortgage Planners! 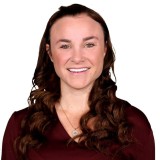 Alli Tunell | About The Author